A step-by-step system that helps ambitious Christian entrepreneurs reach their goals in a shorter period of time.

A step-by-step system that helps ambitious Christian entrepreneurs reach their goals in a shorter period of time. 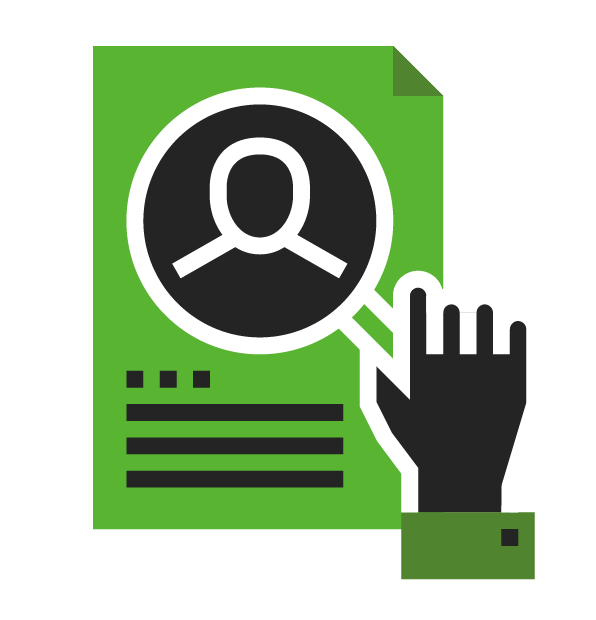 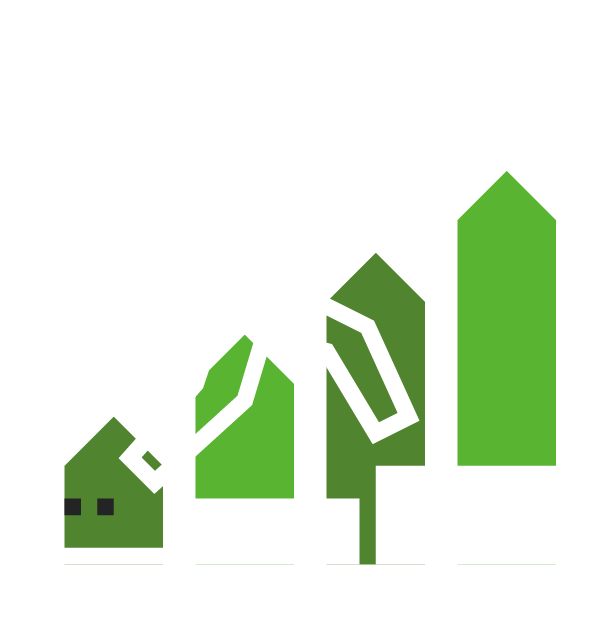 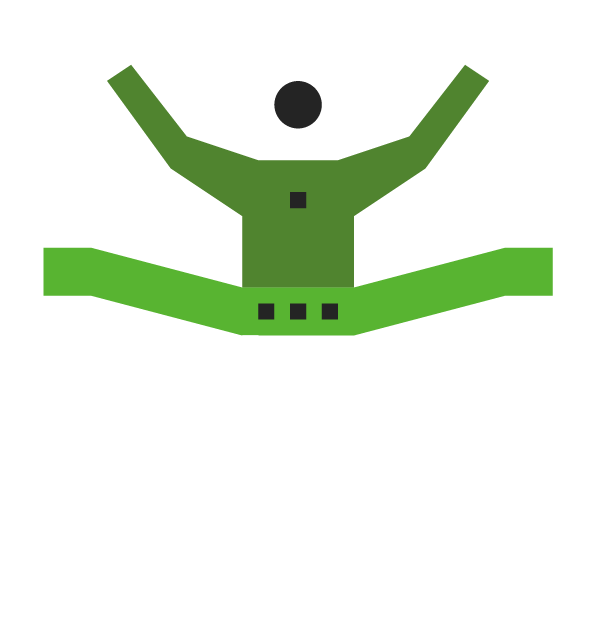 Has this ever happened to you:

You set the same financial goal two or even three years in a row?

You set a goal to lose weight and get fit over and over again?

You get really serious about improving your marriage, but…?

And then, “Suddenly,” another year is gone?

So, that amazing family vacation will have to wait.

And that lake house you had your eye on - not happening.

And that big donation to your church will need to be postponed.

And next year becomes that year you will definitely work on your marriage.

And so the year winds down and then you set virtually the same goals once again.

How frustrating is this?

Meanwhile the clock is ticking. Time is passing and the kids are getting older and that window of opportunity seems to be slipping past you with increasing speed. Self-doubt creeps in and compromises your mindset.

No, this is not how life is meant to be.

You see, good intentions are not enough. I have them. You have them. Most people have them, right?

And setting goals is not enough either. It is only the beginning.

After 30 years of coaching high-performers, I understand the root causes of under-achievement. I want to share with you the number one reason why smart, well-meaning, people fall short of their desired goals year after year.

In the last three decades, I’ve also learned the secret to consistent, non-stop goal achievement - even so called overachievement.

Let me warn you.

Neither of these insights will come as a surprise, except for how simple and obvious they both appear to be.

But don’t make the mistake of dismissing these aha’s due to their straightforwardness. Every morning, nice people with loads of potential wake up and unintentionally make life harder on themselves than it was ever intended to be.

What do they do that unknowingly sabotages their success?

They allow themselves to become distracted. They have goals.
They mean well. They are willing to work hard. But…

But, they are trying to accomplish too many things at the same time. They spread themselves too thin and water-down their potential in the process.

Born with “A Talent,” they become “B” or even “C” performers. It doesn’t have to be this way.

It shouldn’t be this way.

In addition to taking on too much, today’s pop culture makes it even tougher to succeed. Social media, news, politics, non-stop entertainment - how do these things help you reach your full potential?

Netflix doesn’t care about your goals?
Instagram does not care about who you become?
Twitter won’t help grow your character.
Facebook is not concerned with your legacy.
And the news channels seem hellbent on keeping you scared, angry and obedient.

How do these mainstays of modern living help you reach your full potential?

In fact, just the opposite is true. They keep you distracted, dismayed and deflated.

They divert your attention away from what really matters and keep you entangled with temporary and superficial thinking.

They hijack your ability to concentrate single-mindedly on the big goals and the breakthroughs you want and deserve.

Focus is the key to reaching your goals.

Distraction is why people don’t reach their goals.

Concentrated effort produces success. Scattered effort brings about failure. It is pure kryptonite to the future you desire.

What really matters, then, is learning how to stay focused once you’ve set your goals.

That’s why, almost three decades ago, I created a simple success system to help motivated people, like me and you, stay focused so they can reach the right goals faster!

But too much is at stake to just wing it.

Without a simple, easy to follow system, you're taking a big risk... 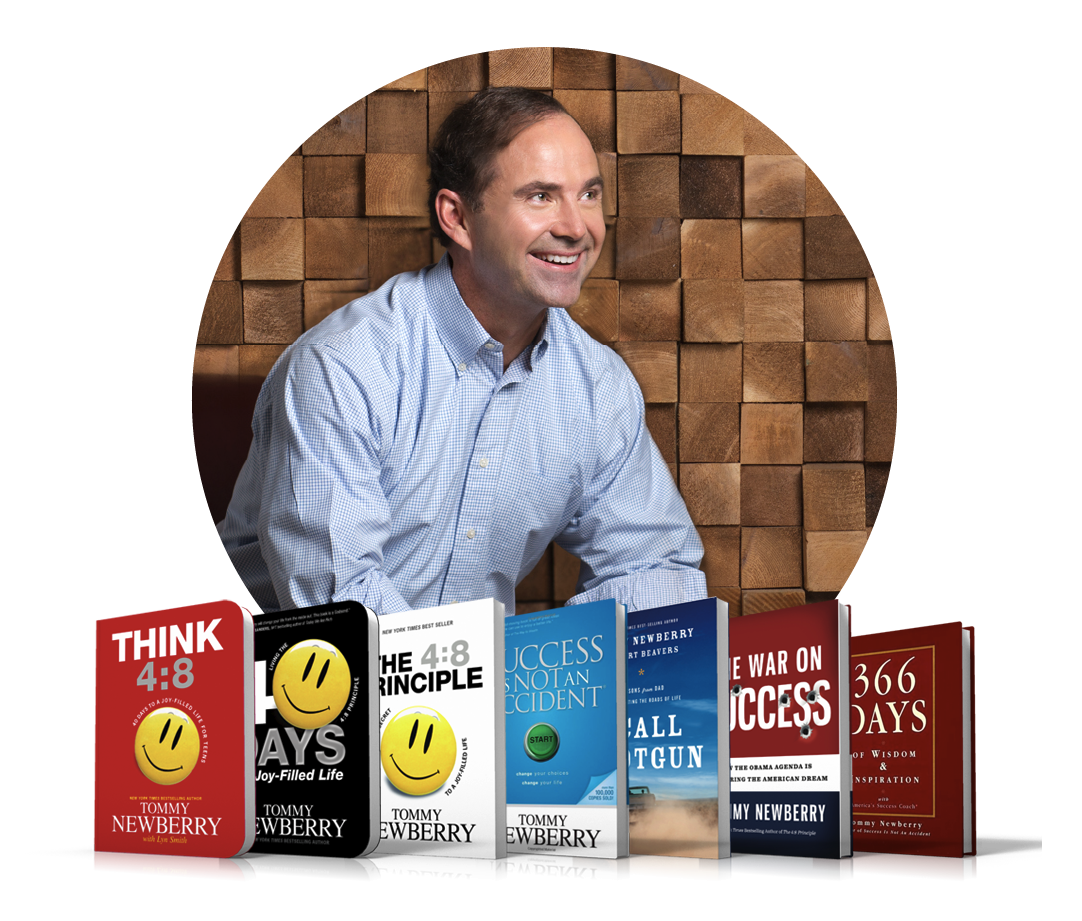 My name is Tommy Newberry and I am the New York Times best-selling author of The 4:8 Principle and Success Is Not An Accident .

When you join SuperFOCUS I'll become your virtual coach and mentor.

My field-tested, focusing process has been refined through The 1% Club for over three decades benefitting thousands of entrepreneurs and business leaders along with their families.

Now, for the first time, you can benefit (for a fraction of the price) from the same life-changing concepts and break-through strategies that my 1% clientele have paid thousands and thousands of dollars to gain through one-on-one and group coaching since 1991.

Most importantly I'll be coaching from a Christian worldview so you can depend on me to be your trusted source for personal and professional development.

No fads, gimmicks, group hugs, or political correctness, just the blunt truth of what really works and how to make it happen.

Your Membership Gives You Everything You Need to Reach Your Full Potential And Crush Your Goals!

For more than three decades, I've worked one on one and in small groups with financially successful entrepreneurs and other Christian leaders who insisted on reaching their economic potential without compromising their faith, family, and health.

I am assuming you are just like these "in-person" clients that have defined my coaching practice since 1991.

If so, I can help you outperform your previous best, not once or twice but over and over again. I have worked with CEO's, small business owners, and highly motivated producers in over 30 industries.

Since 1991, I have worked with thousands of entrepreneurs and their families - I have learned what it takes to: 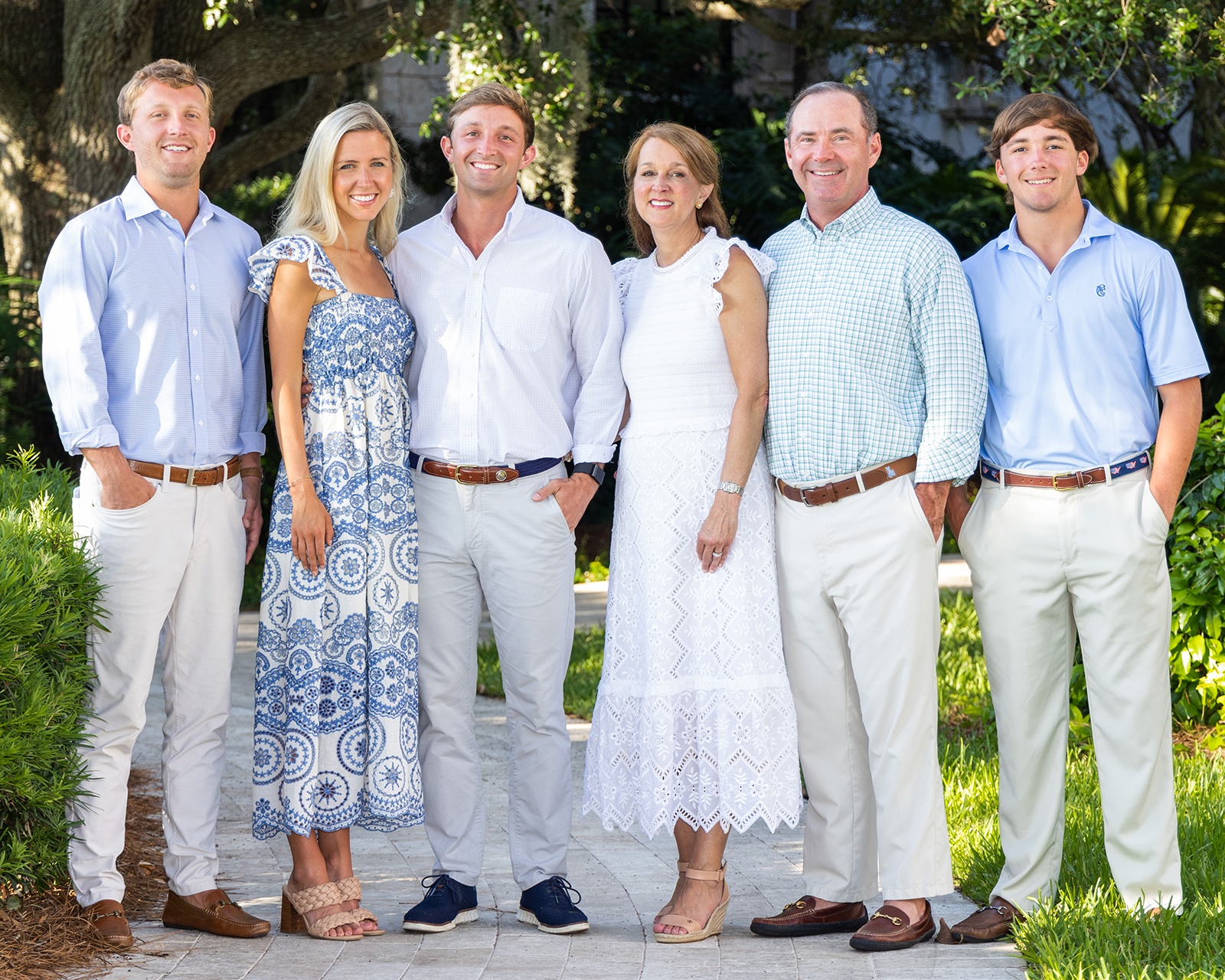 During this time, I have raised three children and faced the challenges of parenting, marriage and running a business. I've been in the trenches, and lead clients through recessions, 911, the pandemic and everyday stress and turmoil.

I want you to benefit from what really works in the field. So, I am going to be sharing, all in one place, the best ideas from three decades of coaching along with the best practices from my clients, and the best set of thinking tools ever assembled.

My private 1% clients have invested thousands of dollars each year and have remained engaged with us for an average of 7 years. Why do they return year after year?

They return over and over again because our coaching process is simple to follow and produces results.

As our clients consistently remark:

"My business and life work better with Tommy's coaching. That's why I keep coming back."

And the returns are strong!

That's why I am so excited to offer you an opportunity to benefit from the same process and the same concepts and the same thinking tools... but for a fraction of what my in-person clients invest.

Other SuperFOCUS Members Are Getting Results And So Will You!

"If you have a feeling inside you that there is more for you in life than what you are now; you have a feeling that there is more for you than what your have and are doing now, you are right. SuperFOCUS will help, as it has done and is doing for me, clarify and change your life. If I had to pick only one thing that it has done for me in the first 30 days is that it has helped me focus on First things First. Sounds simple… Do it."

"The SuperFOCUS Program infuses you with positive, productive goals and thinking to move you, your family and your business from anywhere you may be today, to purposefully achieving excellence in all you do tomorrow and throughout your future."

"In our daily lives there are so many distractions that can chip away at our productivity. Having a process such as SuperFOCUS helps keep me on the right track every day. The increased focus upon my goals equips me with the ability to identify what truly is a priority versus what is a distraction."

You see... There is no shortage of good information and productive ideas:

We all want to reach our full potential. This is especially important if we have a strong faith in God.

So, why is it so hard to stay focused and build traction toward the life we are working so hard to create?

The problem is that learning doesn't change anything. Doing the right things over and over again is what makes the difference.

Being consistent is what makes us better in our business and at home. 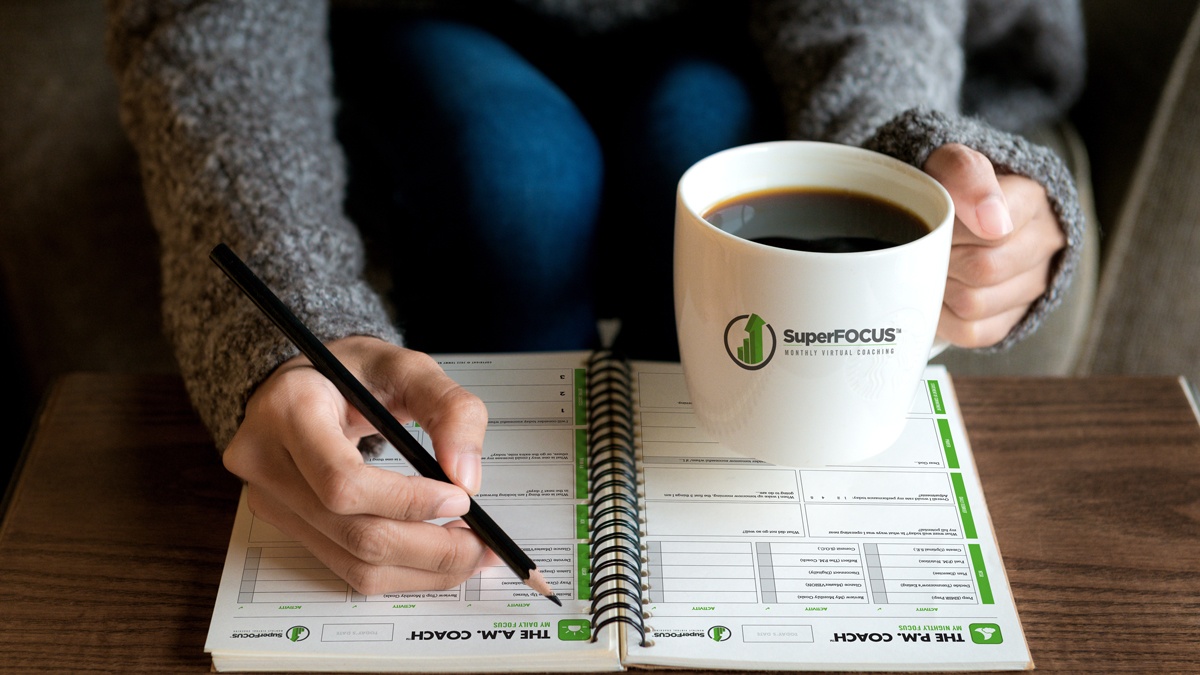 What makes SuperFOCUS different is that we provide a simple, easy to follow system to get you from where you are now to where you'd really like to be.

Think about it. How often have you started a book, a course, or any new habit, but not finished the drill?

That's why we stick with you: So that YOU follow through.

We provide a simple to follow system for reaching big goals.

Everything You Need In One Place!

You don’t have to guess anymore... Or hunt for the latest podcast guru or best-selling self-help book.

Join SuperFOCUS today and get everything you need to succeed -- all in one place.

Achieve your full potential and become everything God created you to become. 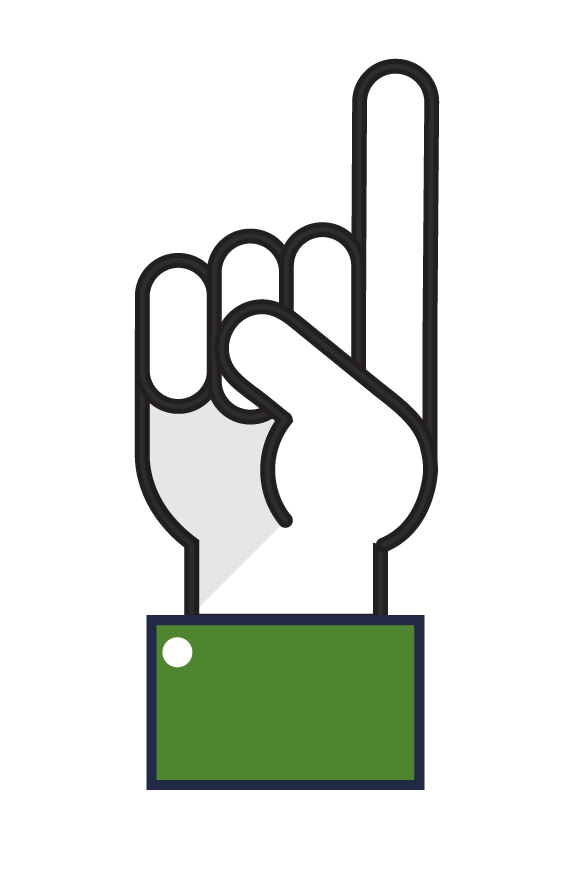 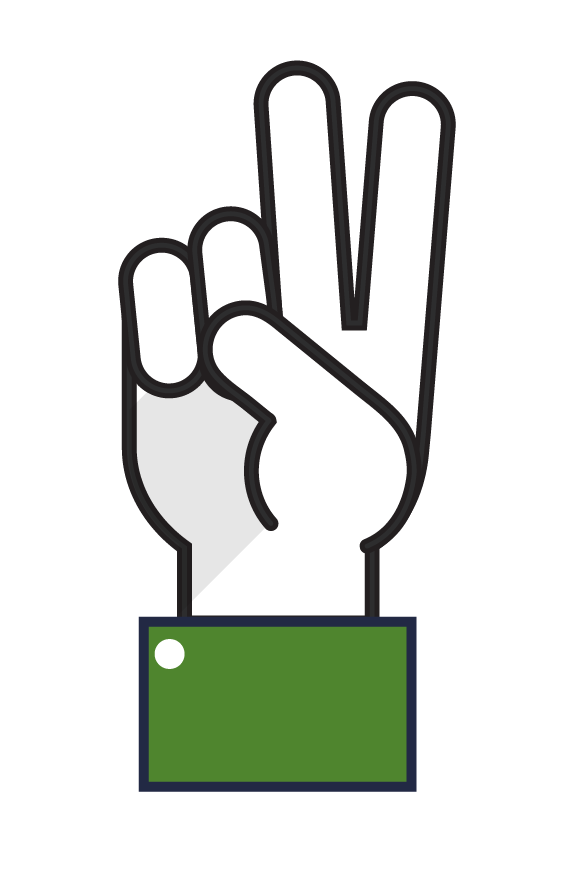 We Stick With You 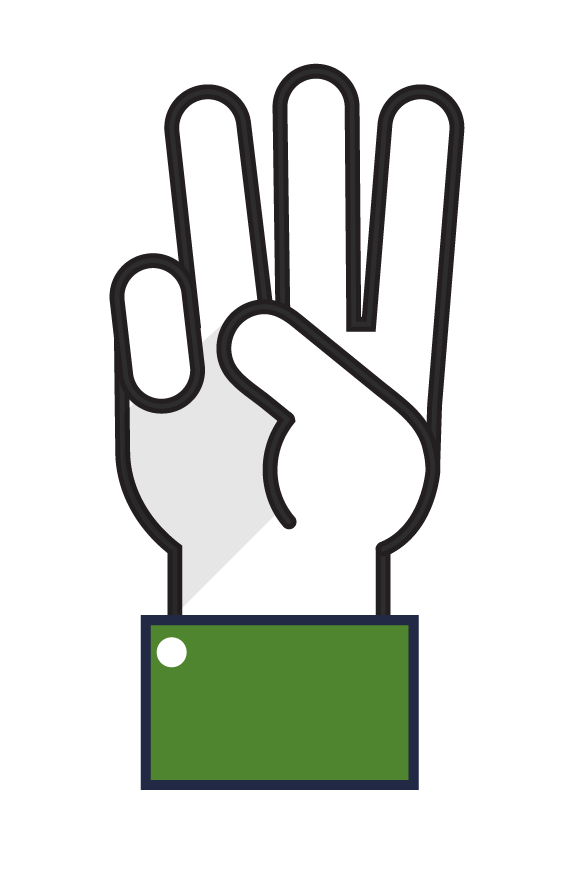 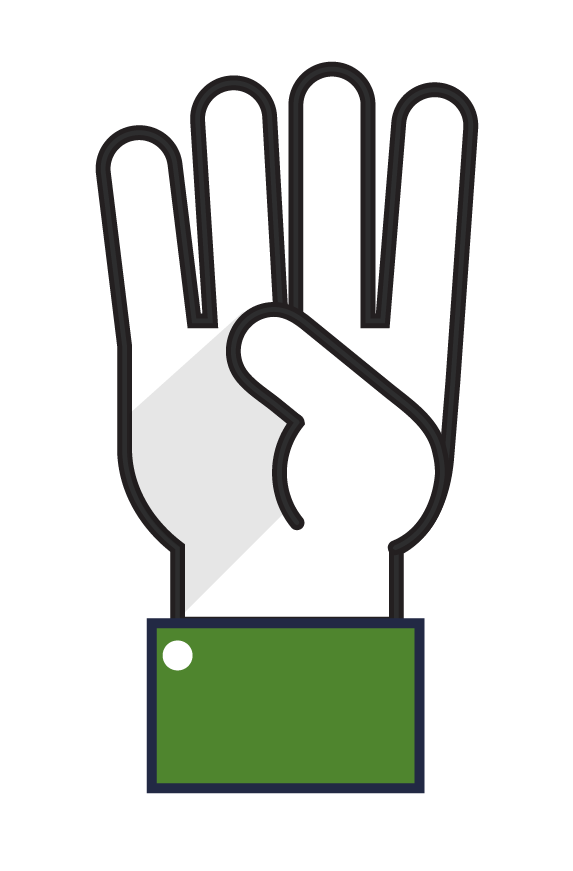 You Enjoy Life As It Was Meant To Be

Your Goals - Our Obsession - 101% Risk-Free Guarantee

Try SuperFOCUS for One Full Year. If you don't experience the most focused and productive 12 months of your life, we will refund 100% of your membership dues in full within 24 hours, guaranteed! Plus, we will offer you a FREE private, ONE2ONE coaching session with a Tommy Newberry Certified Coach to make up for any inconvenience and to ensure you still crush your goals!

We've been coaching ambitious individuals like you for more than three decades. What we're offering to you has worked for thousands of people just like you in more than 30 different industries. We strongly believe you will be thrilled as well... But just in case, you are risk-free. This is our pledge to you. 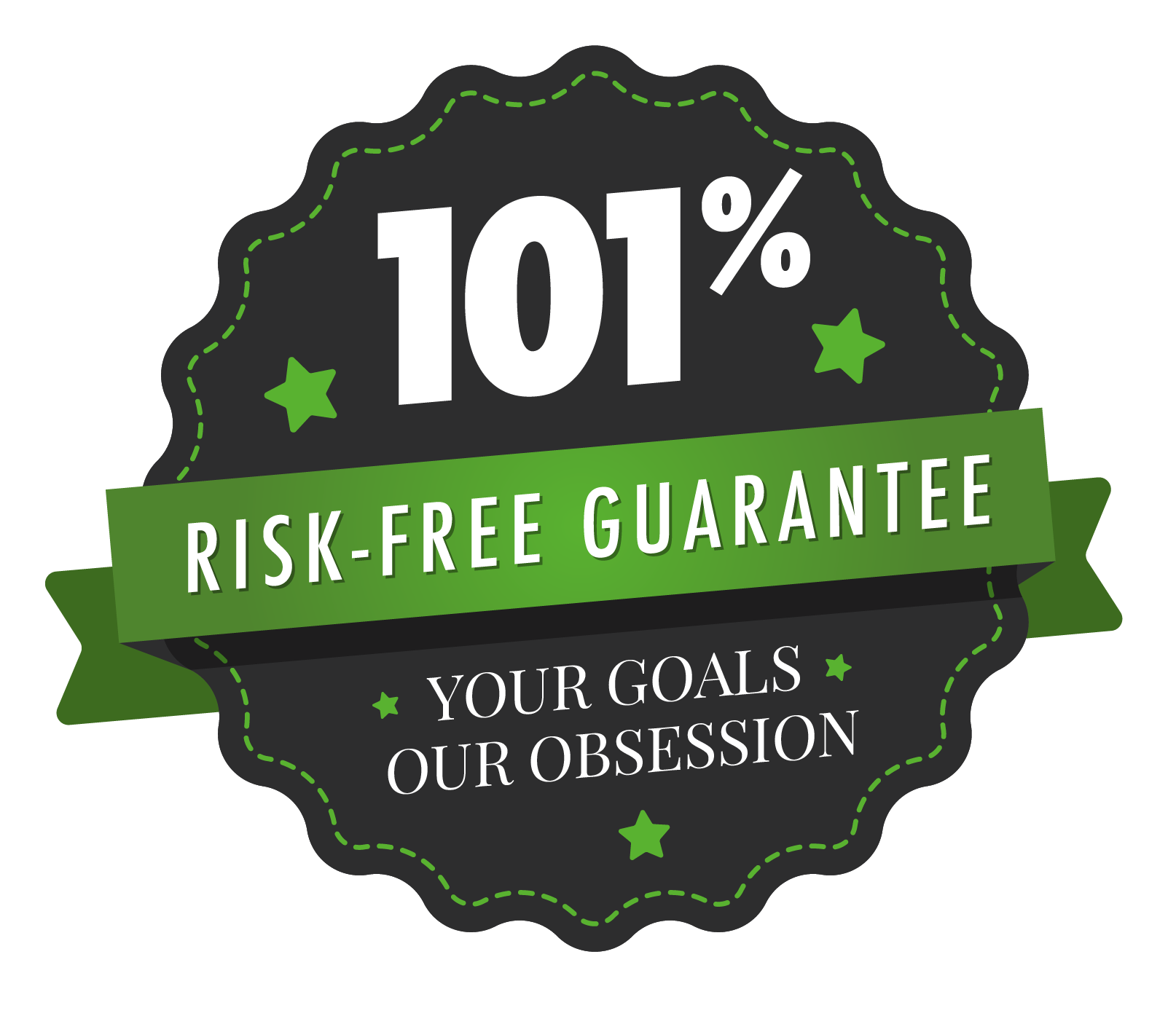 Note: In order to properly on-board new members, we only accept a limited number of new members each month.

Additional details about The SuperFOCUS Program available on next page.